I recently completed this digital illustration, embedding a original handwritten copy of Woody Guthrie’s truly patriotic song “This Land Is Your Land”. Like a lot of people worried about the damage our new President could inflict on this country and the world, and inspired by the protests throughout the world, I started thinking about Woody, and began compiling materials for this piece.

I remember singing this song in grade school without any idea who had composed it. Years later, after getting heavily into Bob Dylan, I learned a lot about Woody’s life and the history of this song. But in doing this piece, I learned even more — the original title was “God Blessed America” with the refrain God Blessed America for me struck through, to be replaced by This land was made for you and me. 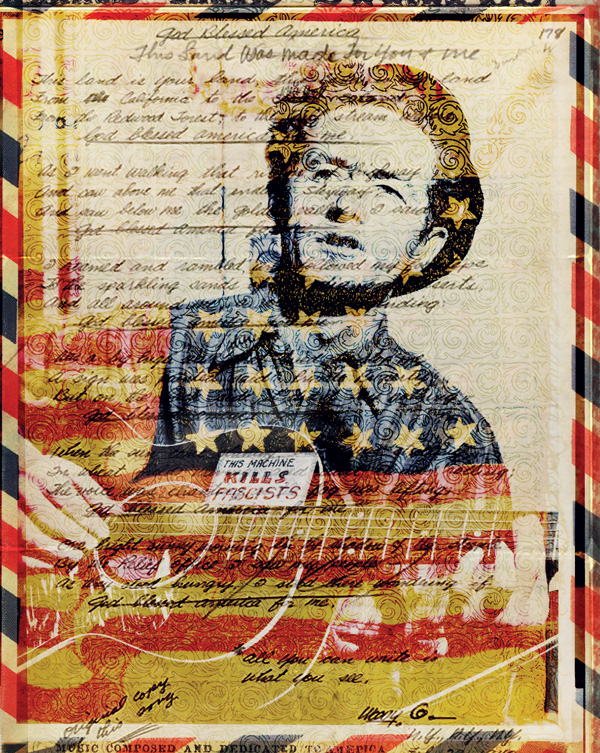 When I decided to create this blog category Heroes and Villains, I soon realized the irony of presenting Woody as a hero to me, because Woody was considered a communist threat by our government for a long time, and in some instances this song was banned. It got me to thinking about how one person’s hero could be considered another person’s enemy.

Having completed this illustration not long before the Super Bowl, I was happy to see Lady GaGa worked some verses of it into her Super Bowl halftime performance. So, I guess I’m not the only one who’s been thinking of Woody in these uncertain and tumultuous times. 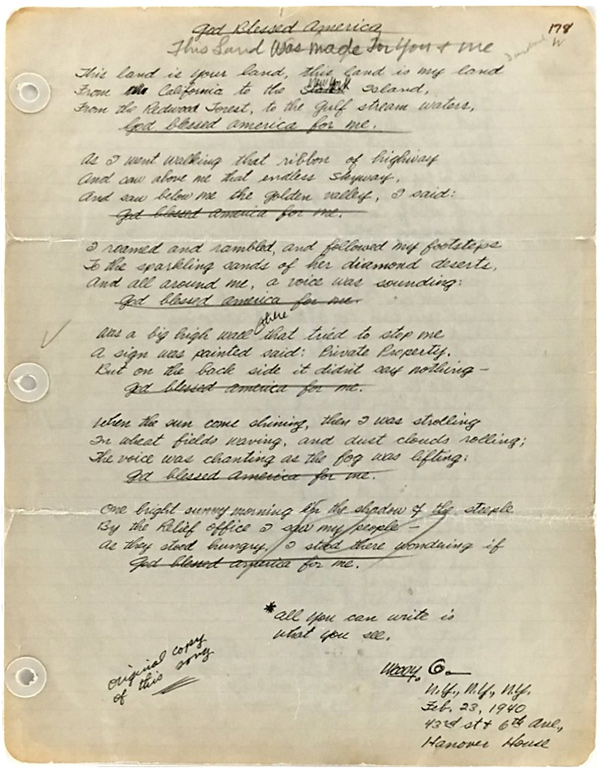